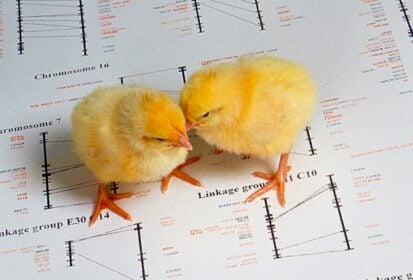 Highly pathogenic avian influenza has circled back to Ontario for the first time in four months with an outbreak in a commercial poultry flock in Oxford County.

The Canadian Food Inspection Agency (CFIA) on Friday confirmed the outbreak at a farm in the township of Zorra, about 20 km east of London.

Details on the type and number of birds affected at the Zorra premises weren’t yet available Monday.

The outbreak is the first in Ontario since May 18, when CFIA confirmed the last in a run of six on commercial farms in the Regional Municipality of York, just north of Toronto, over a span of about four weeks.

The Feather Board Command Centre, which tracks disease outbreaks in Ontario and elsewhere for that province’s poultry and egg sectors, on Sunday reported the outbreak and reminded poultry producers, small flock owners and industry personnel that “implementing strict biosecurity is of the upmost importance.”

The Alberta government recently cautioned that the risk level “appears to be rising” again for avian flu transmission as the fall migratory season begins for wild birds.

Other outbreaks CFIA has confirmed in Canada since the last report on this site include:

The latest cases bring Canada’s total count of avian flu-infected premises to 128 across nine provinces since the beginning of its latest run of outbreaks last December, including 66 premises that have since been released from federal quarantine.

As of Sept. 14, the number of impacted domestic birds (commercial and backyard) in Canada is estimated at 2.363 million.

APHIS last Thursday confirmed avian flu in a backyard flock in northwestern Tennessee’s Obion County, bringing the number of states with infected premises to 40, including all states bordering Canada.

Up until its latest wave of high-path avian flu, Canada had been considered free of notifiable avian flu since 2015.

The risk of avian flu to human health is still considered low and there’ve been no known cases of transmission of H5N1 — the predominant strain in North America’s latest run of high-path outbreaks — from birds to people in North America.

In the rare cases where people do catch avian flu, CFIA has said, it’s most likely to have been transmitted via close human contact with live infected birds, or in “heavily contaminated” environments.

H5N1 is also not known to pose a food safety risk, as poultry and eggs are safe to eat when proper handling and cooking take place.

Whether high- or low-path, H5 and H7 subtypes of the avian influenza virus are federally notifiable diseases in Canada, as both of those H-types are able to mutate from low-path to high-path after they infect domestic birds. — Glacier FarmMedia Network